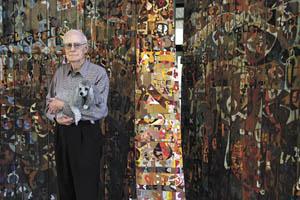 Prominent businessman and philanthropist, Jerry E. Baker will continue supporting the community for many years to come, even after his death.  A $1 million gift from his estate has been bequeathed to the Community Foundation of South Central Kentucky, the single largest gift in the 21-year history of the foundation.

“Jerry was an extremely generous person and wanted to establish this permanent fund to continue his support of community, in perpetuity,” said Jennifer Wethington, the Community Foundation Executive Director. “The Community Foundation is honored to be the steward of his gift which will provide thousands of dollars to bolster nonprofits in our community.”

Baker’s thorough and well-planned vision will provide annual distributions to several non-profits which were very meaningful to him.  The gift is endowed—meaning the dollars will be invested and dispersed annually to the donor’s selected nonprofits.

In 1946, Baker moved to Kentucky to attend Bowling Green Business University, which would later become part of WKU. He graduated in 1951 shortly before being drafted into the United States Air Force, serving during the Korean War. He returned to Bowling Green where he was instrumental in the success of Airgas.

The creation of The Baker Arboretum and Downing Museum was one of his biggest achievements. His support of numerous charities across the region is unrivaled and will continue to benefit for many years to come.

“The Community Foundation is humbled and grateful to have the tremendous responsibility of continuing Jerry’s legacy,” said Wethington. “His final acts in life were to put plans in place for the benefit of others. This speaks loudly and showcases the visionary that he was.” 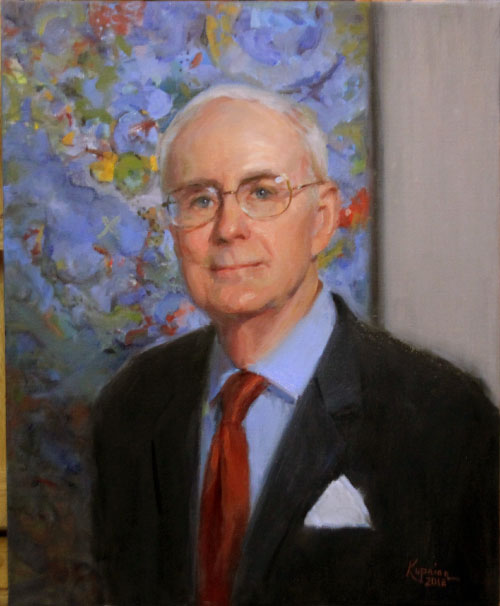 Western Kentucky University made a big splash when Baker decided to donate his property off Morgantown Road to the school. The 115-acre arboretum is a living laboratory for WKU students. It and the Downing Museum are open to the public and for special events. The museum features one of the largest collections of Downing’s art.

“I’m not sure Jerry Baker ever really wanted to highlight that gift, but it was something Western wanted to do,” longtime friend Harvey Johnston said. “At the time it was one of the largest gifts ever to a public university.” Western placed the value at $17 million for the 2006 donation.

“Any honors or accolades that Jerry Baker receives are well deserved,” Johnston said. “I think he would enjoy it more now than when he was alive because he wouldn’t have to be embarrassed.”

Johnston said many people know about Baker because of his gift to Western and arts-related organizations in the community.

“But he was a giver to a lot of different things that no one would ever really know about it. It might have been to just an individual,” Johnston said.

Johnston said Baker thought nothing of providing a scholarship for WKU Lady Toppers basketball, a program he followed religiously, or of establishing a horticulture scholarship in the name of his late friend and noted nurseryman Mitchell Leitchhardt.

Baker also gave of his time and talent to serve on various boards in the community that became his home. He was one of the founding members of the Community Foundation in 1995.

He was a successful businessman at the helm of a company that later became known as Airgas, a large distributor of commercial gases.

“Jerry was an extremely generous person and wanted to establish this permanent fund to continue his support of the community, in perpetuity,” Wethington said at the time the endowment was announced. “The Community Foundation is honored to be the steward of his gift, which will provide thousands of dollars to bolster nonprofits in our community.”

The foundation bestows the South Central Kentuckian of the Year honor to highlight the importance of charitable giving in the community.

“Anyone can make a gift to the Community Foundation. Donors to the foundation come from a variety of backgrounds with a common commitment to the community’s well being,” Wethington said.

By helping establish the Community Foundation, Baker had the forethought that “… every person in the community can make a difference.”